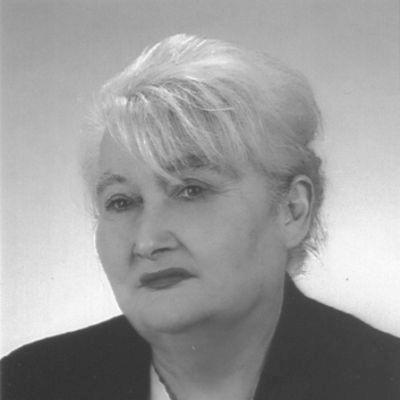 „A man is worth as much as he can give to another man”.

Ołena Bożemska started her charitable acivity working with children suffering from cerebral palsy. Together with her husband Zbigniew Bożemski and with the help of a group of friends, they founded an association which provided help for seriously ill children and support for their families. In order to focus her activities on the organization of healthcare for terminally ill children, Olena founded the Social and Charitable Foundation to Help the Family and the Earth in 1996.

On June 4th 2001, the foundation was entered into the National Court Register and began helping disabled children. The Hope Hospice for Children was established in Torun in 2002 on her initiative. Without her tremendous determination, the institution would not have been created. Children after chemotherapy or with genetic defects and diseases of the central nervous system from the whole Kuyavian-Pomeranian Province were waiting for such a home of rest. The foundation was given a building from the city government after many efforts. It was a one-storey barrack at 169b Włocławska Street. Unfortunately, its poor technical condition required a complete renovation and huge financial resources. Thanks to the sponsors and people of great heart, the entire building was renovated and equipped with the necessary equipment. Until the last moments of her life, Ołena Bożemska the president and the founder of Torun Hospice for Children put all her heart and energy into this place, and above all to her patients. She died after a serious illness on January 8, 2012.

Nowadays, the hospice takes care of nearly fifty patients. In 2008, a stationary 24-hour Care Ward for children and youth was established. In 2013, Aleksandra Ruszczak became the president of the Foundation The constant struggle for health and smile of our patients is the life of the new president.

The construction of a new building was initiated in July 2018.The 24 hour Stationary Care Ward for 12 children and 18 adults in need will be organized in the new medical facility at 7 Służewska Street in Torun. However, our dream is to be able to build a home of relief and respite for the families of our patients. The parents, who take care of chronically ill children at home, often need mental and physical regeneration. The families will be able to leave their children under our specialist care for the recovery period. We will do our best to make the future patients feel at home. The first graduation tower with the system of salt paths for halotherapy in the city of Torun will be built. The project includes not only the benches but also the construction of an integration playground. The project will be financed from the participatory budget of the city of Toruń. The construction of New Health Care Facility has been financed by our foundation. We believe that there will be people with open hearts willing to help our Foundation.